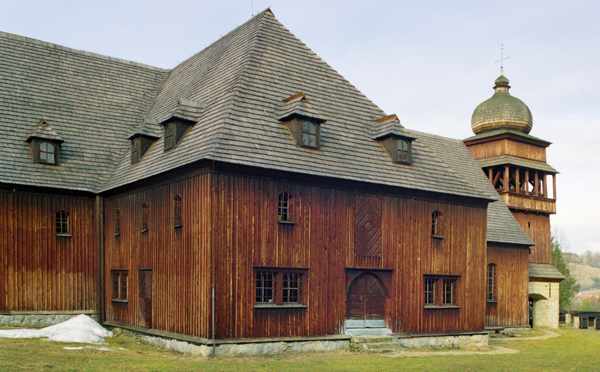 An evangelical church from Paludze (at present in St. Cross near Liptovská Mara) is the largest wooden church on the territory of Slovakia. It is 43 meters long and 11.5 meters high. It has 72 windows and 12 doors and holds 6,000 people. It was built in 1774 by Master Jozef Lang, a carpenter, and his forty assistants. The church was erected in less than one year (exactly eight months and 22 days) in order to obey Hungarian law, which allowed evangelicals to build churches under conditions almost impossible of fulfilment. An interesting thing is that not a single nail was used during its construction.

The oldest wooden church i 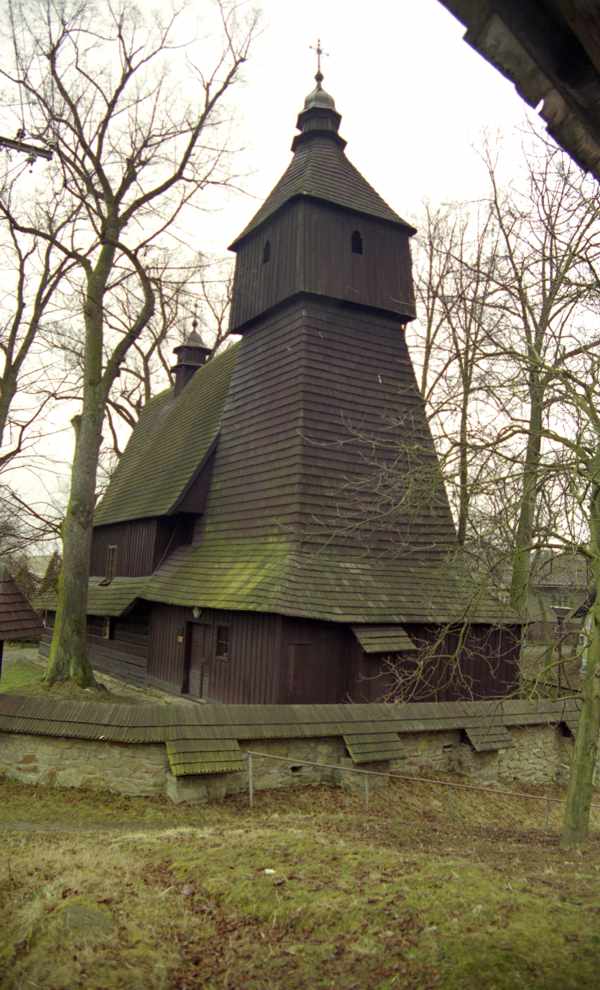 n Slovakia, a national cultural monument, is situated in the village of Hervartov (the district of Bardejov). The Roman-Catholic Gothic Church of St. Francis of Assisi was built about 1500. Its belfry was built later.
The stately wooden church with a polygonal presbytery, longitudinal aisle, and main tower is surrounded by a reconstructed wall. The construction is built from precious yew wood.
It was originally decorated by simple ornamental paintings, which are partly preserved in the sanctuary. Originally painted Gothic panes are situated on the site of the altar. In 1665, the number of extremely interesting late-Renaissance wall paintings with Latin citations and dates increased. They present motifs of clever and foolish maidens, Adam and Eve, and St. George large compositions.
The church, along with 26 other wooden churches in eastern Slovakia, represents a unique collection of wooden ecclesiastical buildings.